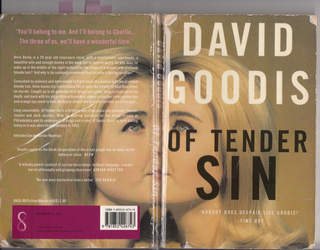 Tags: kaddish, the uncanny, mystery, Henry Kane, Robert Block, ghost story
Here is a true story about a son who would not let his father control his way of expressing himself, even if it meant that, from beyond the grave, his father would keep his son in scalp tingling fear.

"Henry Kane was in his early fifties when I [fellow mystery writer, the great Lawrence Block] got to know him, and some years previously his father had died. And ever since then, Kane had heard footsteps.

Not all the time, to be sure. But every now and then he would hear someone pacing the floor overhead, walking back and forth, back and forth. At first he’d thought there was in fact someone up there, but it even happened when he was on the top floor, or sitting home in an otherwise empty house. It became clear that he was hearing these footsteps, and there were no feet responsible.  Read More
Be the first to comment